- Battery of the shuttle should be charged fully by 8.5 hours before using it.

- Fire extinction by water is prohibited.

- Under no circumstances can anybody open the battery box.

- Electrical box is not allowed to be opened without prior permission.

- Nobody is allowed to appear in any lane when Huade shuttle is working. 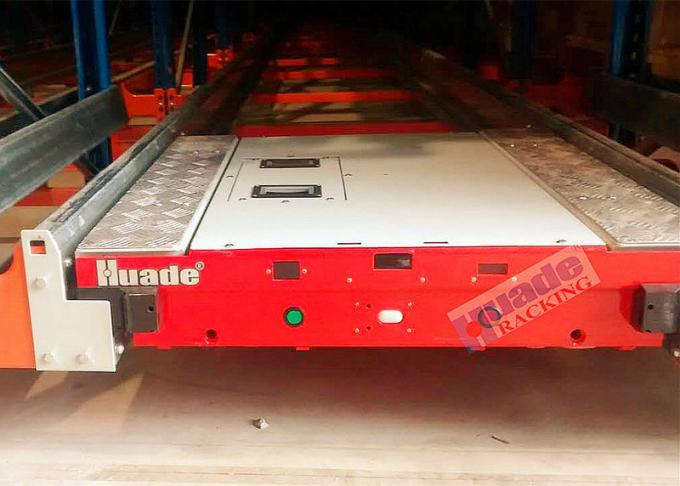 HUADE was founded on 1993. Previously HUADE focuses on manufacturing all types of racking system and shelving system. After years of industrious efforts on design, workmanship of the storage system, because of the era of automation coming, with a team of professional engineers, we are one of the earliest manufacturers devoting ourselves to the automated storage systems.

We are not only providing most versatile racking systems, but also supplying semi automated and fully automated storage systems.

With 66,000 square meters of area in the factory, we can produce all the products quickly and send them immediately